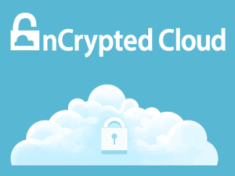 Companies are struggling with how to maintain control over corporate data particularly on mobile devices when end users are using sync and share providers. So the big question is how can companies manage productivity, have the assurance of security whilst not disrupting employee workflow?

Here are some examples of how we are being used in different sectors of the market:

nCrypted Cloud is exhibiting at the Cloud World Forum, taking place on the 24th – 25th June 2015 at Olympia Grand in London.

Don’t miss the chance to take advantage of all the knowledge and networking opportunities presented by EMEA’s only content-led Cloud exhibition.

es for device vendors and are perceived more as a prerequisite than a value-add, reports Telecoms.com.

SA pooled the resources of three analysts covering mobile content, user experience and app tracking to come to the conclusion that premium storage bundles have already become ‘me too’ propositions that confer little product differentiation. Having said that they also conclude they can still be effective for both device vendors and operators when it comes to customer loyalty.

Christopher Dodge, Associate Director of SA’s Wireless Media Labs, said: “Our research suggests that consumers are agnostic to who the service provider is, but at the same time they place significant emphasis on the trustworthiness of the service, which in turn creates an opportunity for device OEMs and operators in becoming the trusted provider of the service, through pre-installing the application on the device with free storage.”

Nitesh Patel, Director of the Wireless Media Strategies Service, said: “For operators, the focus with cloud storage service should be on indirect monetization – this means rather than relying on cloud as a premium service, they should manage it effectively for reducing customer churn.”

Bonny Joy, Chief of SA’s Consumer Telemetry Platforms said: “ OEM partnerships with cloud storage providers are being received favorably by the end users. The AppOptix based on over one million application sessions in the US found that Dropbox on Samsung devices realize a traffc of 12.8 MB  per day, the highest among  major OEM brands.”

Fellow analyst firm CCS Insight has also published some research today, but focusing on the UK consumer communications services market. CCS is forecasting that by 2020, 79% of UK households will have signed up to a multiplay service bundle, a 60% increase on the current level. Furthermore the number of households buying a bundle of at least four comms services is expected to increase by over 400%.

Paolo Pescatore, Director of Multiplay and Media at CCS Insight, reckons this means premium content will become even more valuable and that industry consolidation is set to continue. “With a furious battle for customers raging, we expect the amounts paid for exclusive content deals on movies, sports and TV shows to continue to skyrocket. Sports will be a major weapon in every provider’s arsenal for many years to come,” he said.

“Our surveys reveal that consumers find it more convenient and better value to buy broadband, mobile, TV and land-line access from one company, so established providers that can offer all these services are in a strong position. Once multiplay packages are the norm, it’ll be the exclusive content on offer that’ll set providers apart. It’s little wonder we’re seeing a frenzy of acquisitions as leading players scramble to secure assets.”

IBM announced a patented software defined storage technology this week that it says can reduce digital storage costs up to 90 per cent in some cases. It said the innovation is ideal for big data applications that at times cost big money.

The patented technology behind Elastic Storage includes a method for optimising deduplication in a data storage system by moving the duplicated data onto the most economically priced storage platform.

The method is notable because in many cases cloud storage isn’t as cheap as many assume (especially for big data apps), and because enterprises are still getting dinged (financially and time-wise) for high I/O applications.

IBM said the technology is well-suited to data-intensive applications that require low latency like financial analysis, weather modelling, and scientific research for instance, making these applications more suitable to place in a cloud-based environment. Its architectural limits stretch into the thousands of “yottabytes”; one yottabyte is one billion petabytes.

“Digital information is growing at such a rapid rate and in such dramatic volumes that traditional storage systems used to house and manage it will eventually run out of runway,” said Tom Rosamilia, senior vice president, IBM Systems and Technology Group.

The company has used the software defined storage technology to underpin its Watson cognitive computing as a service platform, which can scan through hundreds of millions of pages of structured and unstructured data in seconds.

It also works with the OpenStack platform (Cinder and Swift), and will be used to underpin a range of IBM software services like big data analytics that are based on the open source platform and use storage virtualisation at their core. It will be available on SoftLayer later this year.

“Our technology offers the advances in speed, scalability and cost savings that clients require to operate in a world where data is the basis of competitive advantage,” Rosamilia added.

The event covers all sides of software defined technologies through the prism of enterprise organisations. It targets both the CIO for the overall business case behind SDx but also the engineers, working on the nitty-gritty details of the SDDC and SDS.

In a blog post not so subtly aimed at some of the company’s biggest cloud storage competitors (‘Thinking outside the box’), Microsoft announced Tuesday it will increase its OneDrive for Business storage capacity from 25GB to 1TB per user as it looks to use the service as a platform underpinning all of its other productivity services.

The company also said that it plans to help customers migrate their files from their current on premise or cloud-based storage solution to OneDrive.

Microsoft’s vice president of marketing John Chase took to the company’s Office Blog to announce the service upgrades, taking aim at some of its competitors and suggesting they are too consumer focused, and only offer file storage and syncing.

“File sync and share solutions represent key capabilities that keep people on the same page and responsive. There are several solutions offered, many from companies that have sprung up to focus exclusively on this market,” Chase said.

“Some have come from the consumer world and are new to the enterprise software market and the requirements around delivering enterprise-grade cloud services. Others are focused on the enterprise, but only as a point solution. Few are prepared to meet the evolving needs of businesses looking for a holistic and comprehensive approach to meeting the full needs of their employees as they live a cloud first, mobile first workstyle.”

Reading between the lines it’s clear Microsoft is stepping up its game against rivals like Dropbox and Box, which recently filed for an IPO.

OneDrive has been around for some time now but the company seems more content to drive the service as a platform that underpins its broad cloud-based productivity offerings, rather than being pitched as a standalone cloud service.

“Microsoft is committed to delivering the very best file sync and share solution as part of our commitment to creating the world’s most compelling cloud-first, mobile-first productivity experiences on the planet,” Chase said.

It’s clear that a company like Microsoft – one with serious scale and vast resources can afford to take this approach. Office 365 is a multi-billion dollar business at this point, and it’s the first of the big US-based cloud storage providers to make it behind the Great Firewall of China. But what’s not clear is whether the relatively new entrants, which would need to invest far more to reach comparable scale, will be able to keep up as Microsoft aggressively moves to stem competition from young upstarts.